Why do we have a human relations commission?

Because any practice of discrimination against an individual or group because of race, creed, color, sex, age,or national origin is deemed by the Board of Commissioners of the City of Owensboro to be detrimental to the peace, progress, and future of the City of Owensboro and the citizens thereof;
The progress of this city and the general well-being of all of its citizens can be greatly enhanced by participation in community efforts by all citizens;
To implement a constructive approach to the elimination of any discriminatory practices in the City of Owensboro;
Each individual has a right under the law to Equal Employment, education and housing opportunity. 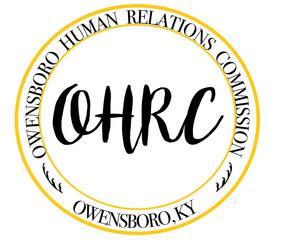 The Commission was established by the City of Owensboro Board of Directors on September 22, 1972. It was restructured in 2001.

1. To administer a responsible human relations program.
2. To promote and secure mutual understanding a respect among social economic, religious, ethnic, racial, gender, handicapped and age groups.
3. To conciliate the groups listed above.
4. To enlist the support of civic, religious, labor, commercial and civil leaders dedicated to the improvement of intergroup relations and the elimination of discriminatory practices.
5. To receive complaints, conduct investigations, hold hearings and make studies.
6. To carry out such objectives as contained in the ordinance creating the Commission.

What does the human relations commission do?

It endeavors to promote and secure mutual understanding and respect among all economic, social, religious, ethnic and racial groups in the city;

It acts as a conciliator in controversies involving inter-group and inter-racial relations;
It cooperates with Federal, state and other city agencies in an effort to develop harmonious inter-group and inter-racial relations;
It enlists the support of other groups dedicated to the improvement of human relations and the elimination of discriminatory practices;
It receives complaints of discrimination because of race, creed, color, sex, or age and provides the complainant with assistance in seeking elimination of the discrimination;
It initiates and facilitates discussion between individuals and groups through public hearings and workshops;
It serves as a clearinghouse for information about problems involving human rights.